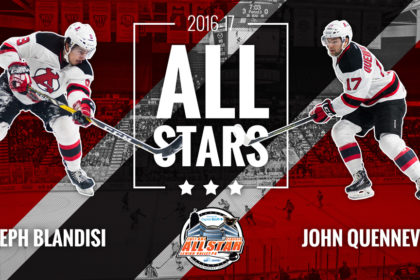 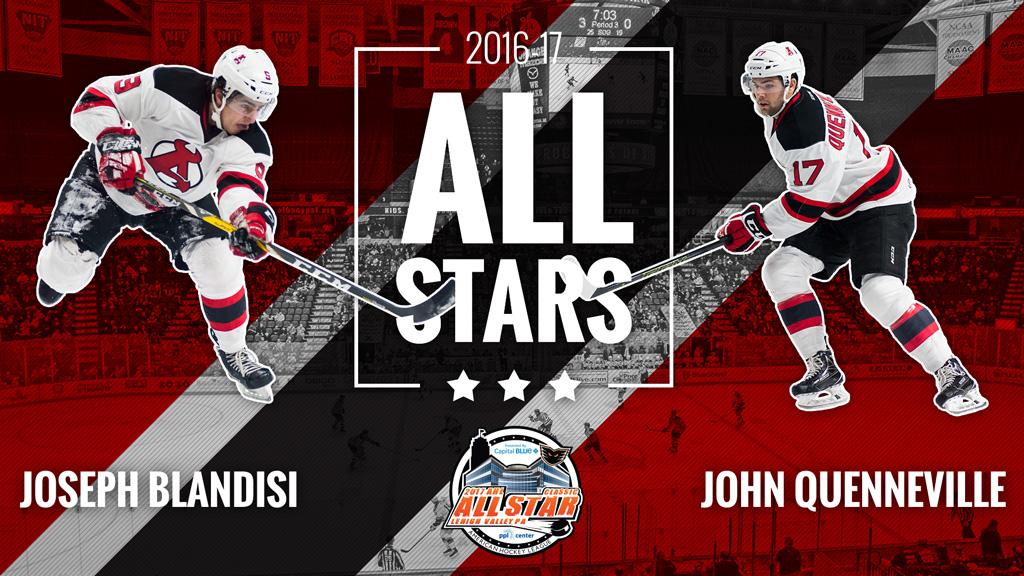 Quenneville, 20, currently leads Albany with 27 points (10g, 17a). The rookie is third on the team in goals, while leading Albany in helpers. He also leads the club in power play goals, assists and points (5-9-14). The Devil’s first round pick in 2014 (30th overall) made his NHL debut this year playing in two games with the New Jersey Devils. The Edmonton, AB native played four years with the Brandon Wheat Kings (WHL) and set career highs in goals (31), assists (42), points (73) and plus/minus (+28) last season in 57 games.

The AHL’s All-Stars will be divided into four teams, one representing each of the league’s four divisions, for the 2017 AHL All-Star Challenge on Jan. 30. The teams will participate in a round-robin tournament featuring six games of 10 minutes each, played entirely at 3-on-3. The two teams with the best records at the end of the round-robin will face off for the championship, a six-minute game also played at 3-on-3.