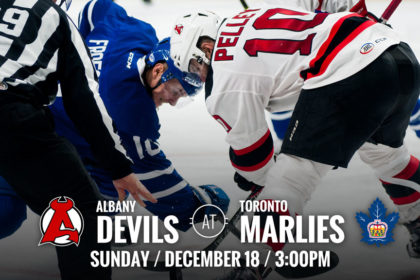 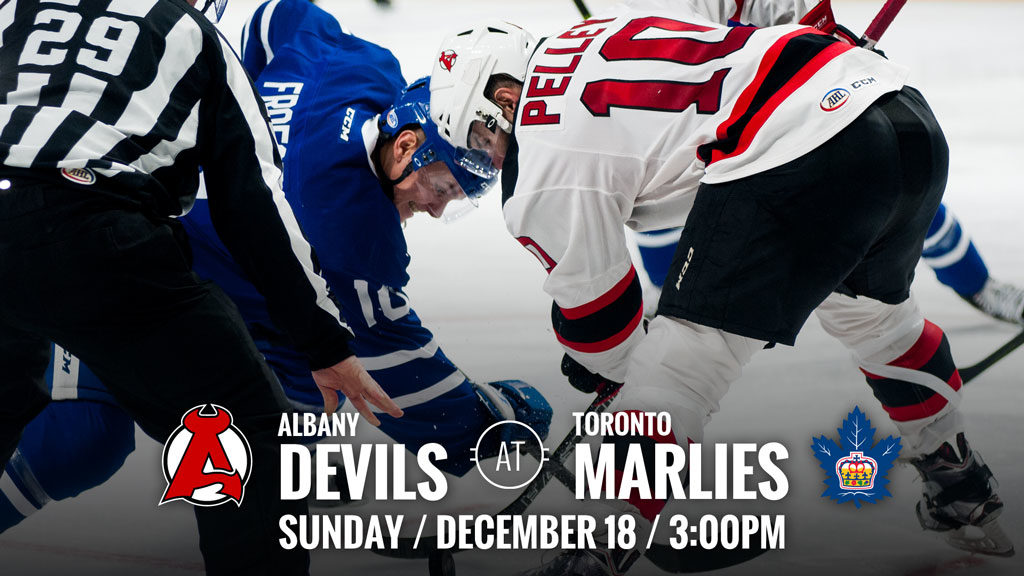 TORONTO – The Albany Devils try to gain all four possible points against the Toronto Marlies this weekend as they shift their focus to Sunday’s 3 pm game at Ricoh Coliseum. The Devils topped the Marlies, 3-1, Saturday at Air Canada Centre.

Goalie Watch: Mackenzie Blackwood is coming off a 19-save victory Wednesday against Utica. Albany won 3-2 in overtime. Ken Appleby earned his fifth win this season when he stopped 34 shots against Toronto Saturday. 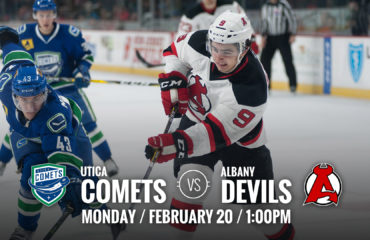 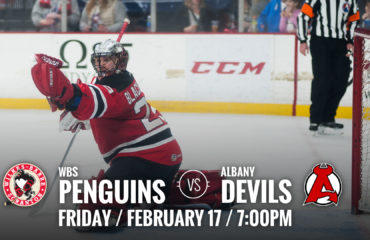 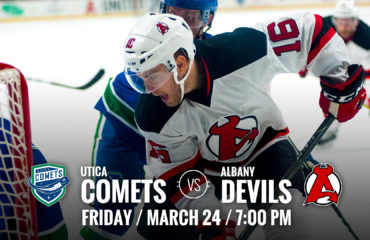