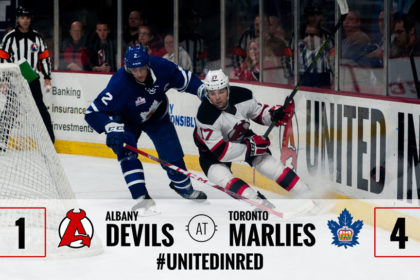 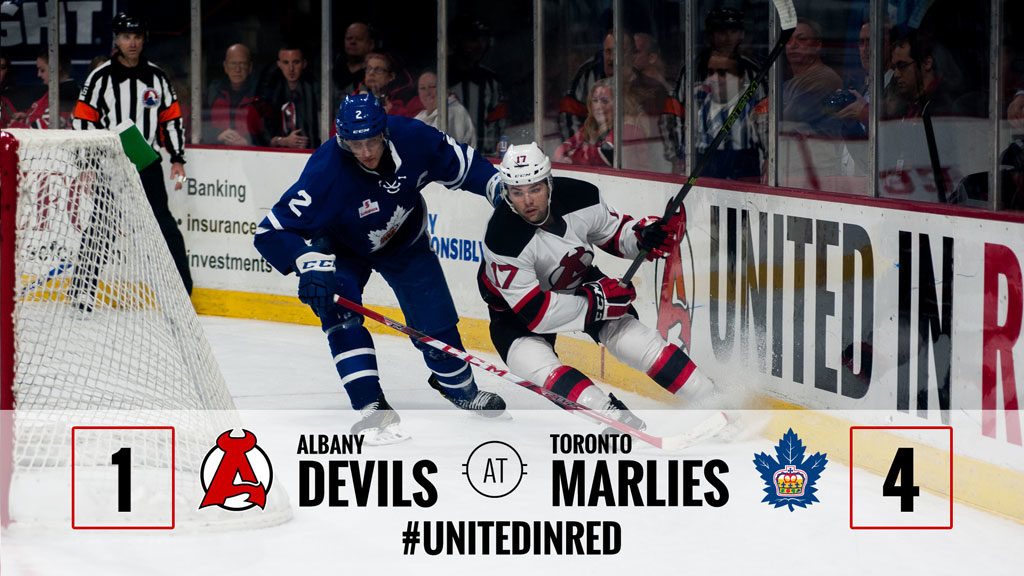 TORONTO — Coming off a 3-1 win against the Toronto Marlies Saturday, the Albany Devils dropped their second contact against the Marlies, 4-1, Sunday at Ricoh Coliseum. Jan Mandat scored for the Devils, who move to 15-12-0-1. The Marlies improve to 13-12-1-1.

Toronto’s Byron Froese opened the scoring at 12:26 of the first period and Rinat Valiev at 15:11 with a power play goal.

After Froese netted his second goal on a power play to put the Marlies up 3-0 at 12:33 of the second period, Mandat got Albany on the board at 17:10 off a Toronto turnover. Mandat’s goal, which was unassisted, was his second tally of the season.

The Marlies’ Dmytro Timashov closed the scoring at 17:55 of the third period on an empty net goal.

Mackenzie Blackwood was in net for Albany and turned aside 26 of 30 shots on net. For Toronto, Antoine Bibeau turned aside 32 of 33 shots.

Next up, the Devils return home for a 7 pm contest against the Binghamton Senators at Times Union Center. 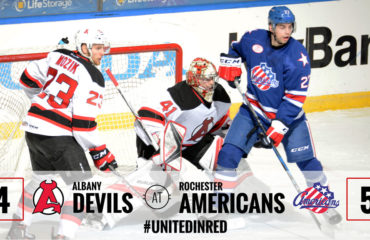