Devils and Thunder Will Work Closely In 2015-16 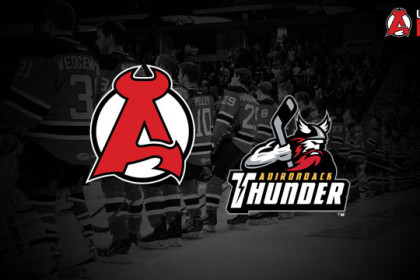 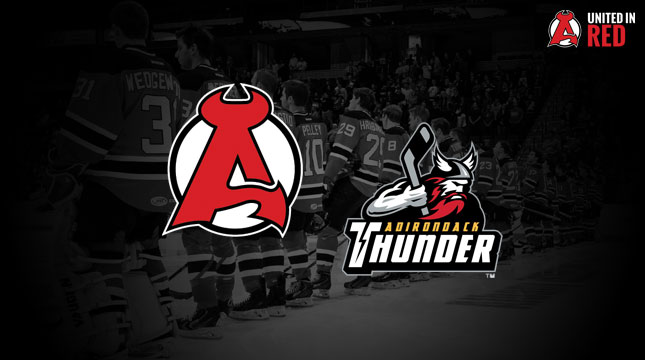 ALBANY, NY – The Albany Devils and the ECHL’s Adirondack Thunder have an informal arrangement for the 2015-16 season. Albany will have a goaltender spot on the Glens Falls-based team.

“I got permission from Stockton, from Calgary’s assistant general manager, to supply a goaltender [to Adirondack],” New Jersey Devils Assistant General Manager Tom Fitzgerald told the Daily Gazette’s Bill Cain last week. “One goaltender spot will be ours. That being said, hey, if you have guys that aren’t playing and need to go down, feel free if [Adirondack Head Coach] Cail MacLean needs bodies, feel free to talk to Cail. That’s kind of been the relationship.”

The Devils have placed players on several ECHL teams during the last couple of seasons. Those teams included the Elmira Jackals, Evansville IceMen, Kalamazoo Wings and Orlando Solar Bears.

Albany and Glens Falls are separated by approximately 50 miles.