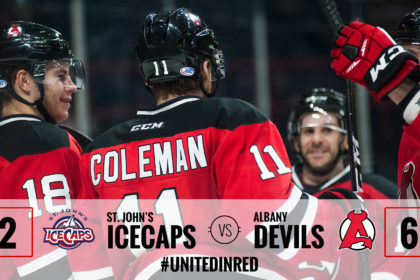 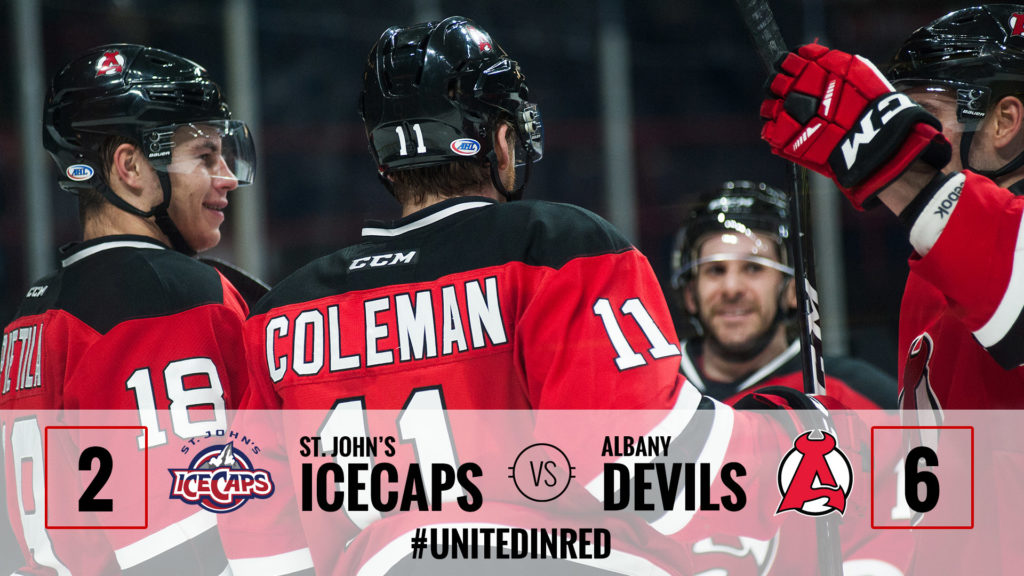 ALBANY, NY — The Albany Devils won their fourth straight game on the back of a five goal second period as they defeated the St. John’s IceCaps 6-2, Wednesday. Blake Coleman led the way notching his second three point effort of the season with two goals and an assist. His line mates Blake Pietila and Brian Gibbons each had a tally and an assist.

Coleman opened the second period scoring with his first goal of the game at 0:33. Pietila provided the assist on the play to extend his point streak to four games. Pietila currently leads the team with 13 goals, Coleman while is right behind him with 12.

St. John’s cut the lead in half on a Nikita Scherbak tally at 3:25. Brian Gibbons answered back with his ninth goal of the season 36 seconds later to make it a 3-1 game. Blake Pietila followed by picking the top left corner of the net from the right faceoff dot on a power-play.

Coleman and Gibbons reconnected later in the period as Gibbons found Coleman in front at 8:18. Ben Sexton capped off the period by scoring a power-play goal at 14:10 redirecting a shot by Carter Camper, who opened the game’s scoring at 1:14 of the first period.

Brett Lernout provided the IceCaps’ second goal at 6:46 of the second period.

IceCaps’ goaltender Charlie Lindgren was pulled at 11:42 of the second period and replaced by Yann Danis. This is Danis’ second appearance on Times Union Center ice since he was a part of the Devils’ organization during the 2015-16 season.

The Devils travel to Utica Friday for a 7 pm puck drop against the Comets. 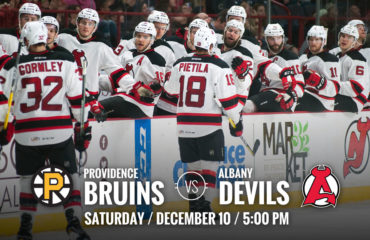 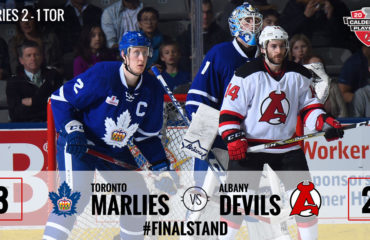 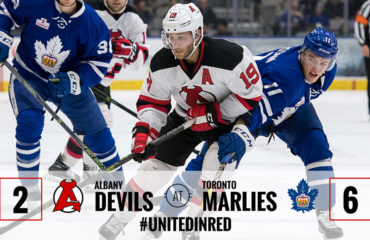