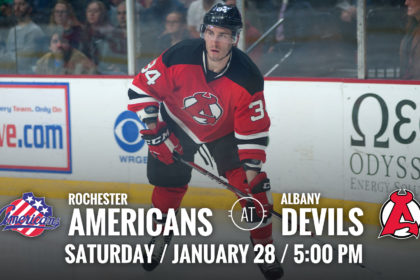 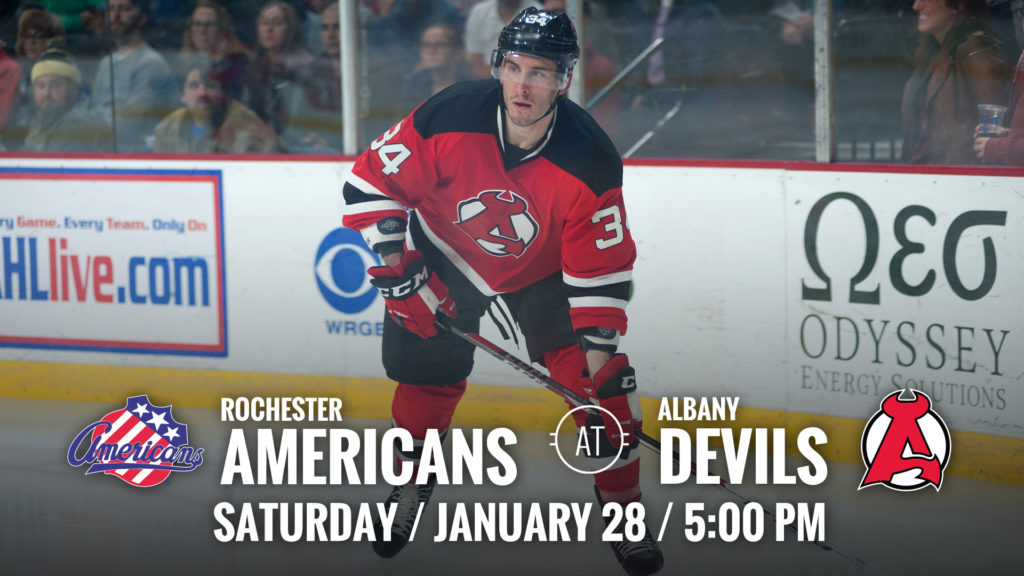 ALBANY, NY — The Albany Devils and the Rochester Americans face off tonight for a 5 pm puck drop at Times Union Center. The game marks the second half of a home in home series which started Friday in Rochester. The Devils won 2-1 in the first meeting improving their record to 25-16-1-1. The Americans moved to 18-24-0-2. 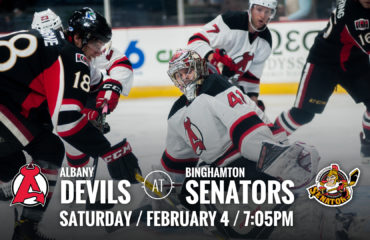