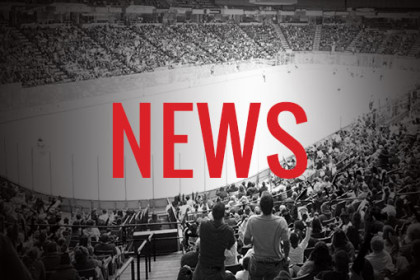 “Pertti did an outstanding job at our recent Development Camp in all facets of on-ice skill development,” said Shero. “He will work with our players in both New Jersey and Albany next season, in addition to scouting and evaluating our current prospects.”

Hasanen, 61, joins the Devils’ organization with more than 35 years of experience coaching hockey teams and developing players, most recently as director of hockey operations and player development for Boston University (HE). He previously served the Terriers as an assistant coach for five seasons (1988-90 & 1995-98). Hasanen’s previous North American experience also includes five years as an assistant coach with Hockey East’s UMass-Lowell (1984-88 & 2000-01), as well as a brief term with Springfield (AHL).

He began his coaching career in 1979 with the Tappara junior club (Fin.). Hasanen has also served as head coach for a number of European professional teams, including time spent in Norway, Italy and Finland. He has also had stints as head European scout with the Los Angeles Kings and Calgary Flames. Hasanen’s NHL career included training camps for the Dallas Stars, Pittsburgh Penguins, Boston Bruins, and most recently, last month’s Devils’ development camp.

He is the founder of the Pertti Hasanen Hockey Academy, which is his vision for the most elite camp in the nation. The academy’s mission is to bring his knowledge to hockey players of all ages and genders.