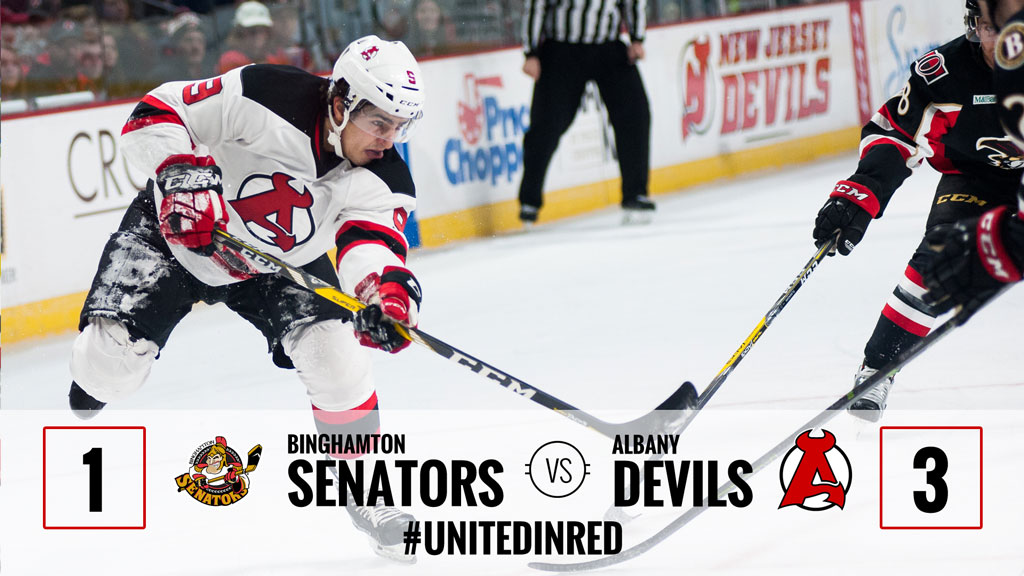 Kevin Rooney got the first tally of the night 3:48 into the first period after batting a saved Petr Straka shot out of the air. The goal was Rooney’s sixth of the season and fourth in his last seven games. Straka is now five points away from 100 professional points. Brandon Gibbons registered the secondary assist.

Blake Pietila notched his seventh goal of the season at 17:24 of the second period. Brandon Gormley received a pass from Blandisi — the Devils’ active points leader — and found a wide-open Pietila on the right side of the crease for a tip-in. Pietila now has 13 points (7g-6a) in 18 games.

Blandisi weaved in and out of the defense and wrapped around the net to just get the puck past a sliding Matt O’Connor. The goal was originally ruled a no-goal, but was overturned after a review, giving him his sixth goal this season.

The win ends Albany’s three game winless streak and improves their home record to 9-2-0-0 and overall record to 13-8-0-1. The Senators drop to 5-14-1-1 with their seventh straight loss

The two teams will meet again Wednesday as the Senators return to Times Union Center for a 7 pm puck drop. 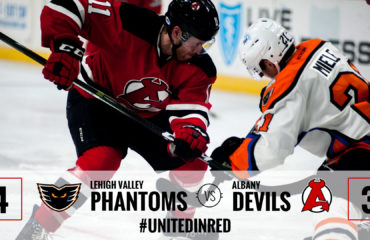 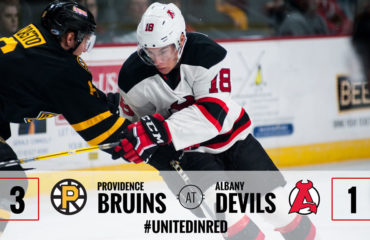