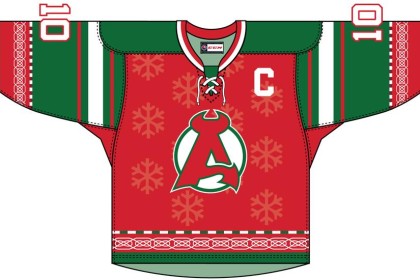 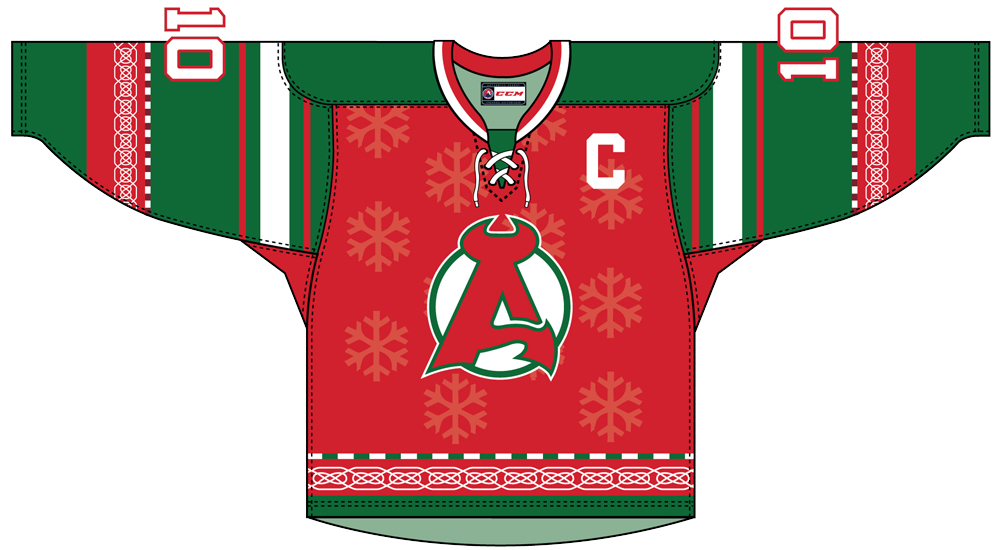 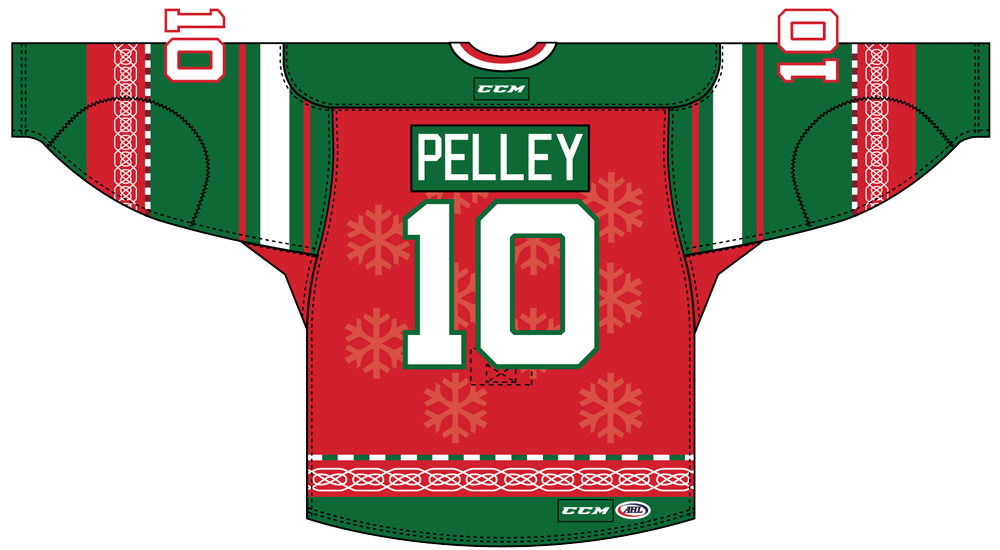 The Albany Devils will wear a special holiday-themed jersey during their game against the Syracuse Crunch on Sunday, Dec. 6 at 5 pm. Fans will have the opportunity to bid on the uniforms online and all proceeds will benefit the Melodies Center for Childhood Cancer and Blood Disorders at Albany Medical Center.

The uniforms combine the look of the New Jersey Devils retro uniforms with a touch of wintertime markings. The jerseys are red with white numbers and lettering. The shoulders and sleeves are mostly green and the chest and back includes phantom snowflakes. The team will wear green pants and socks with red and white trim.

Season Ticket Holders will have a chance to win one of the jerseys during the team’s Season Ticket Holder Holiday Skate presented by BlueShield of Northeastern New York on Tuesday, Dec. 8 between 6-8 pm. Everyone in attendance will be entered to win a jersey of their choice. Additionally, Season Ticket Holders have the opportunity to interact with the players and skate on the Times Union Center ice that evening.

Each jersey will be autographed by the respective player after Sunday’s game. Details of the public online auction will be announced at a later date.