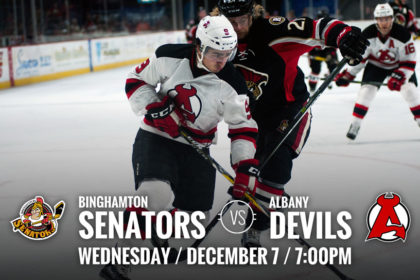 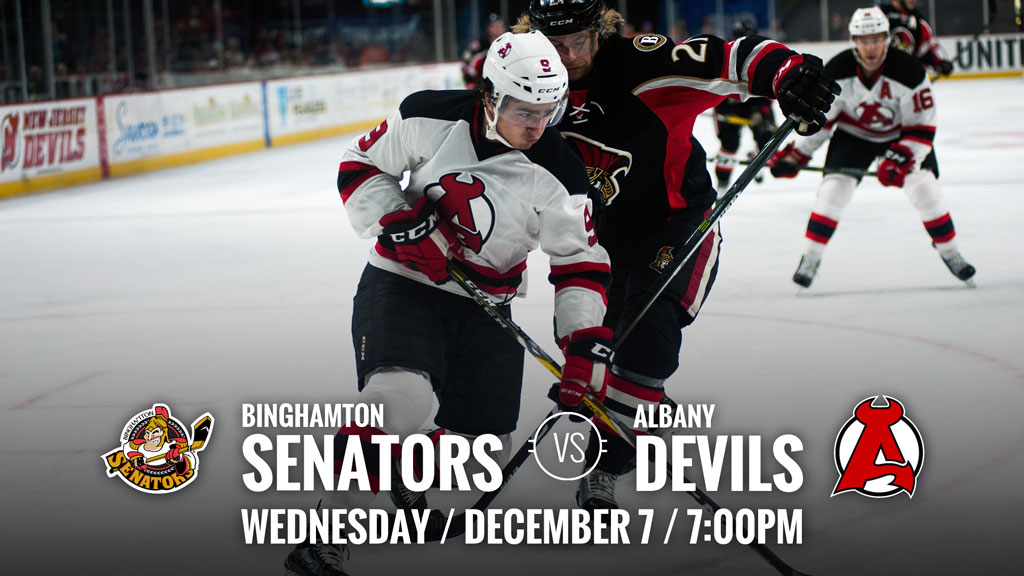 ALBANY, NY – The Albany Devils are in a stretch of six outings in nine days. They play the fourth game Wednesday against the Binghamton Senators at Times Union Center. Puck drop is at 7 pm and the Devils are coming off a 3-1 victory against the Senators Sunday.

Last Time Out: Joe Blandisi had a goal and an assist and Kevin Rooney and Blake Pietila also scored in Sunday’s victory. Ken Appleby improved to 4-1-0 thanks to a 24 save performance. Phil Varone was responsible for Binghamton’s goal and Matt O’Connor made 26 saves. 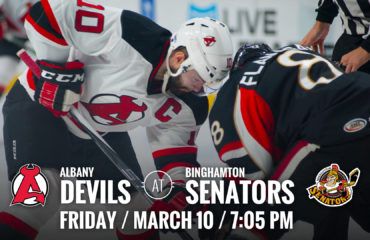