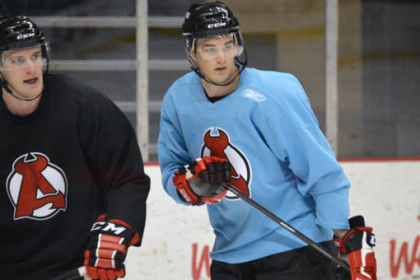 ALBANY, NY — The Albany Devils have signed Brandon Baddock to an amateur tryout agreement. The announcement was made by Albany Devils General Manager Chris Lamoriello.

Baddock, 20, joins Albany after completing his third full season with Edmonton of the Western Hockey League. As an Oil King, he registered 68 points, including 32 goals and 36 assists, in 187 contests. This past season, he registered a career-high 40 points with 19 goals and 21 helpers in 71 games.