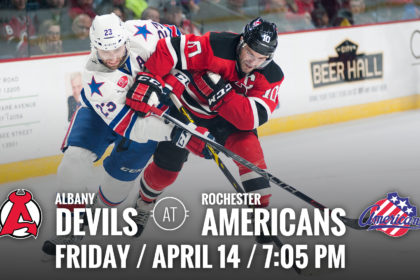 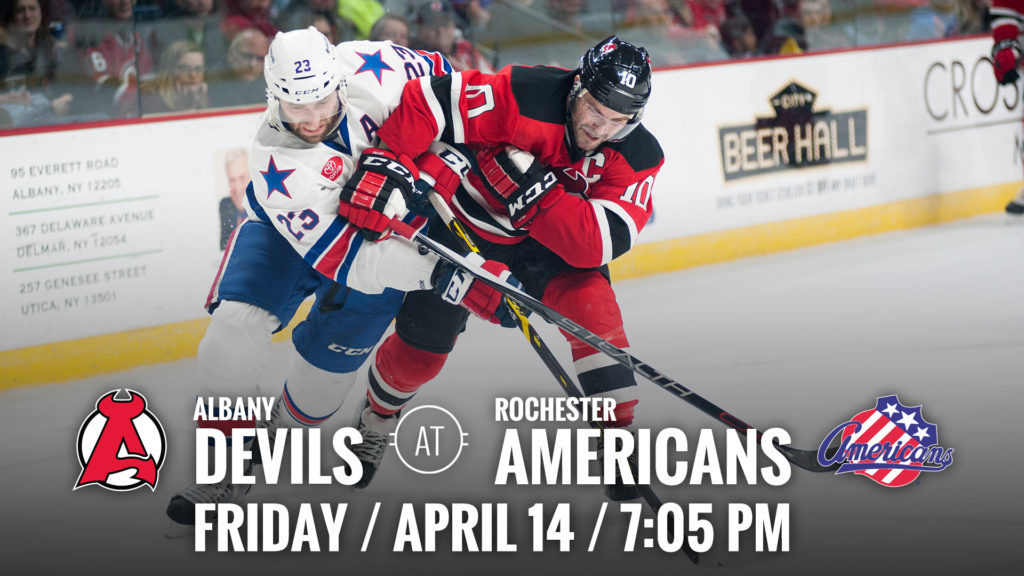 ROCHESTER, NY — The Albany Devils travel to take on the Rochester Americans Friday at Blue Cross Arena for a 7:05 pm puck drop. The Devils are coming off a 6-3 win against the Hartford Wolf Pack Wednesday. Their current record stands at 38-31-2-3. The Amerks are coming off a 3-2 shootout loss against Binghamton Wednesday and hold a 31-40-0-3 record.

Here We Come: The Devils clinched a playoff spot Wednesday when they beat the Wolf Pack, and Utica lost to Syracuse. The Devils join the Toronto Marlies and the Syracuse Crunch in the North Division for the post-season. Fighting for the final spot are the St. John’s IceCaps and the Utica Comets, who sit in fourth and fifth place with 80 and 77 points, respectively. 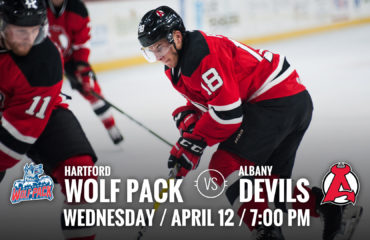 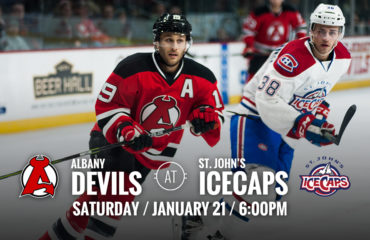