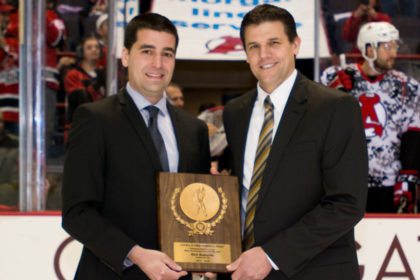 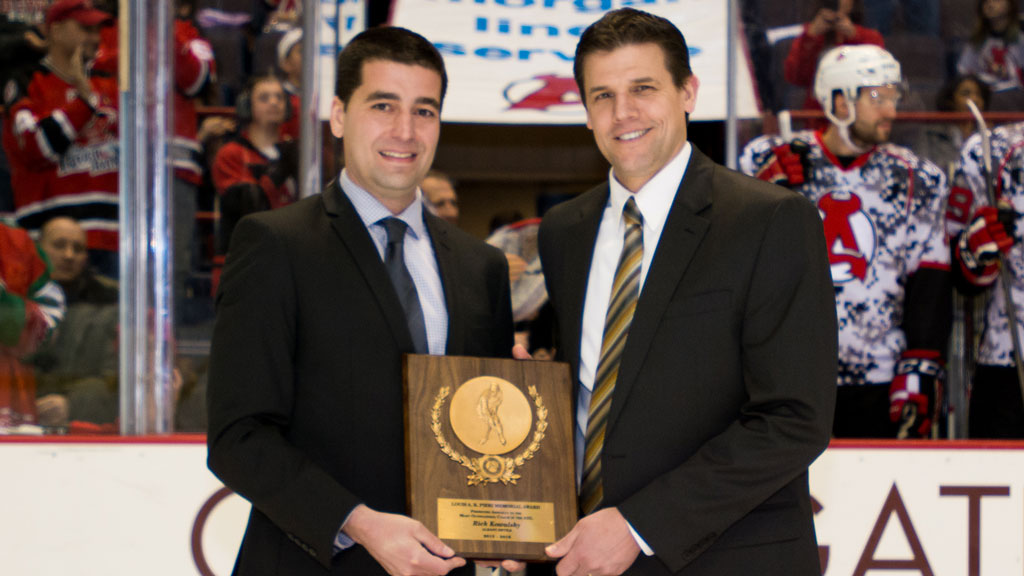 PRINCETON, NY — The ECHL announced on Wednesday that the 2017 inductees for the ECHL Hall of Fame are Albany Devils Head Coach Rick Kowalsky as well as T. Paul Hendrick and Brad Phillips.

The three will be formally inducted as the 10th class of the ECHL Hall of Fame at a luncheon ceremony that will be held in conjunction with the 2017 ECHL All-Star Classic. The luncheon will take place on Wednesday, Jan. 18 at noon at the Fort William Henry Hotel in Lake George, NY. The event will feature Neil Smith, former General Manager of the Adirondack Red Wings – who brought the team a Calder Cup championship in both 1986 and 1989, and who went on to serve as the General Manager of the 1994 Stanley Cup winning New York Rangers – delivering the keynote welcome.

“This year’s class of inductees is certainly the most diverse in the 10 years of the ECHL Hall of Fame,” ECHL Commissioner Brian McKenna said. “Rick Kowalsky is recognized as one of the best all-around players in League history. Brad Phillips was an incredibly dedicated and consistent linesman throughout his career and Paul Hendrick’s behind-the-scenes contribution to the League structure, governance and stability is immeasurable. All three have made significant and valuable contributions to the ECHL.

Kowalsky enjoyed a 10-year playing career in the ECHL, appearing in 516 career games with Hampton Roads, Roanoke and Trenton. He is tied for 30th all-time in League history in games played while ranking 19th with 221 goals, 21st with 329 assists and tied for 15th with 550 points. He participated in a pair of ECHL All-Star Games – in 1995 and 2003 – and enjoyed his best years late in his career, earning All-ECHL First Team honors with Roanoke in 2001-02 and earning a spot on the All-ECHL Second Team in 2002-03.

Kowalsky also enjoyed considerable postseason success, scoring 32 goals, which is tied for seventh in ECHL playoff history, and adding 30 assists in 68 postseason games. He ended his playing career by captaining Trenton to the 2005 Kelly Cup title, then returned to the Titans in 2006-07 as the team’s head coach, going 138-122-28 over four seasons and winning the John Brophy Award as ECHL Coach of the Year in 2009.

Kowalsky is in his seventh season as head coach of the American Hockey League’s Albany Devils, and last season, joined Claude Noel as the only two individuals to win Coach of the Year honors in both the ECHL and AHL.