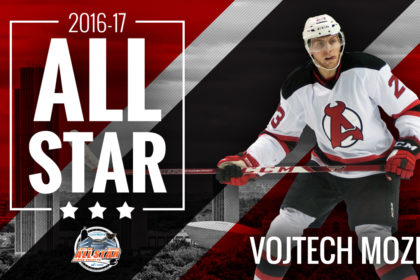 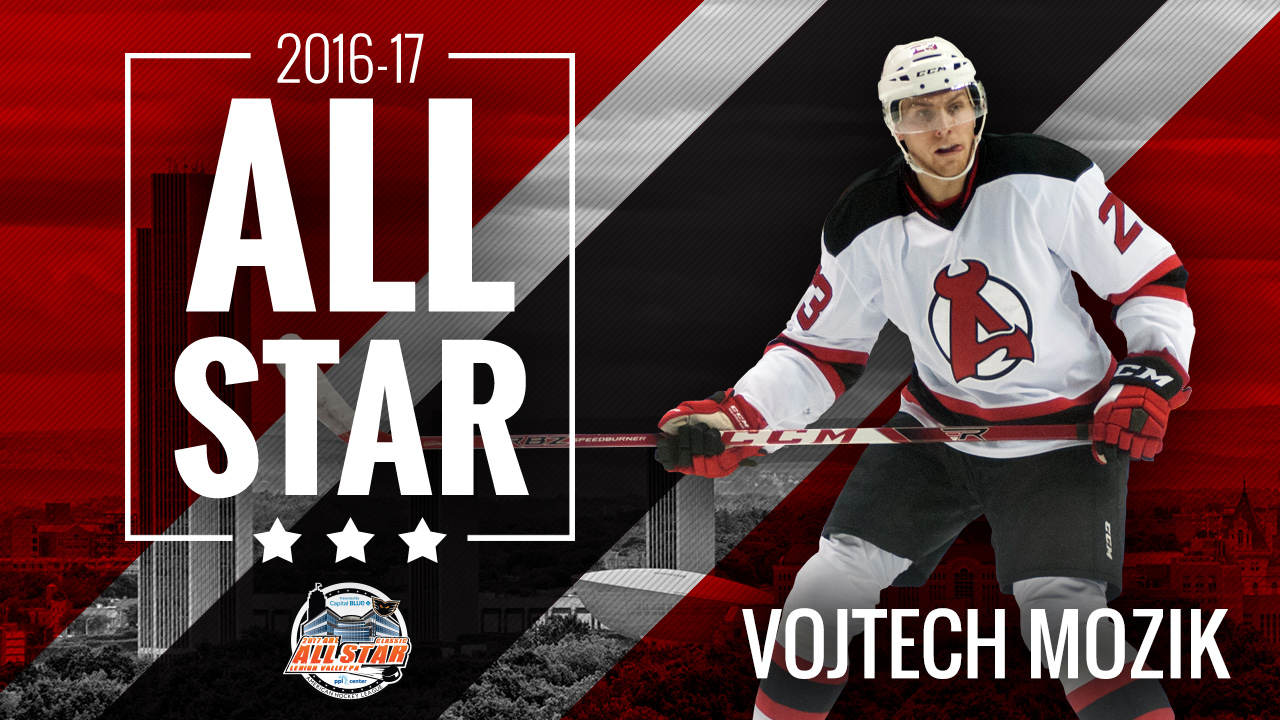 SPRINGFIELD, MA – Albany Devils defenseman Vojtech Mozik has been added to the 2017 AHL All-Star Classic roster presented by Capital BlueCross. Mozik is among 48 players to participate in the AHL All-Star Skills Competition on Jan. 29 and the All-Star Challenge on Jan. 30 in Allentown, PA.

Mozik, 24, currently leads Albany defensemen with four goals and is second amongst defensemen with nine points (4g, 5a). The second-year man is also tied for second on the team in plus/minus with a +11 rating. The native of Prague, Czech Republic made his NHL debut last year playing in seven games with the New Jersey Devils. Prior to signing with the Devils, Mozik played four seasons in the Czech Extraliga helping lead Plzen HC to an Extraliga championship in 2013. In his final season with Plzen, he led the all defensemen in the Extraliga in goals with 10.

The AHL’s All-Stars will be divided into four teams, one representing each of the league’s four divisions, for the 2017 AHL All-Star Challenge on Jan. 30. The teams will participate in a round-robin tournament featuring six games of 10 minutes each, played entirely at 3-on-3. The two teams with the best records at the end of the round-robin will face off for the championship, a six-minute game also played at 3-on-3.