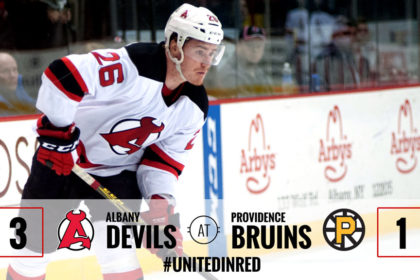 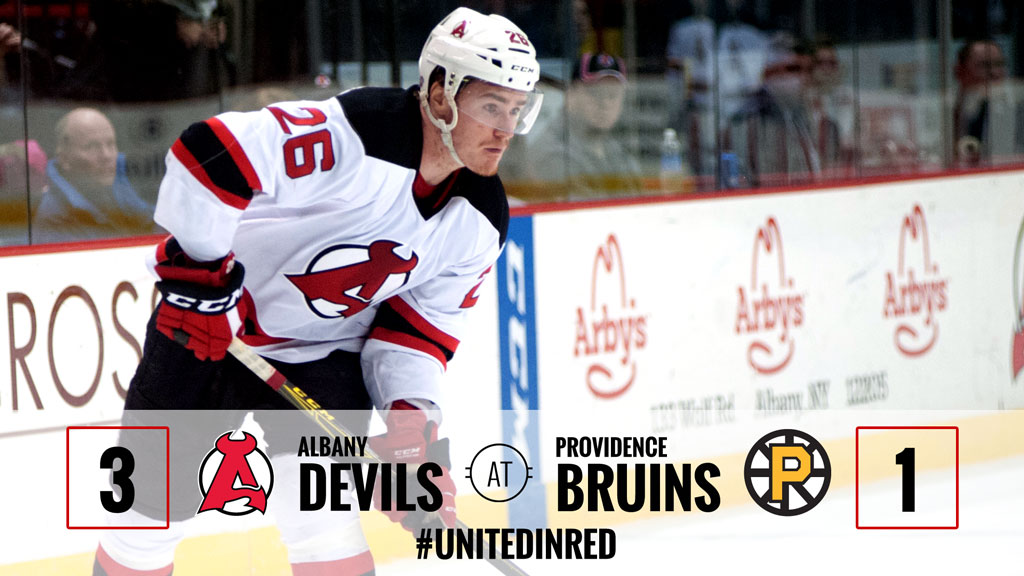 PROVIDENCE, RI – One period and one game do not make a season, but the Albany Devils had to be quite pleased with the way the 2016-17 campaign started. The team unloaded three goals in four minutes during the first period on their way to a 3-1 victory against the Providence Bruins Friday at Dunkin’ Donuts Center.

Scott Wedgewood, coming off an impressive 2015-16 season, made 31 saves as the Devils won a season-opener for the second time in team history. In his 100th career AHL game, Wedgewood enjoyed his teammate’s offensive prowess during the first period and then went to work, combining for 25 saves during the final 40 minutes.

Ben Thomson, John Quenneville and Blake Pietila netted the goals. Thomson opened the scoring after an offensive-zone turnover. Rod Pelley set him up near the left circle at 9:36. Quenneville, who made his professional debut, added to the lead 15 seconds later thanks to a feed from Nick Lappin at 9:51.

Before the end of the period, Pietila scored a power-play goal off a generous rebound at 13:34. The tally ended netminder Malcolm Subban’s night.

Peter Mueller was the Bruins’ goal scorer, finding the back of the net at 17:39 of the second period.

Next up, the Devils open the doors to Times Union Center Saturday at 5 pm. All fans are invited to partake in the Season Opening Fan Fest on Hudson St. at 2 pm. 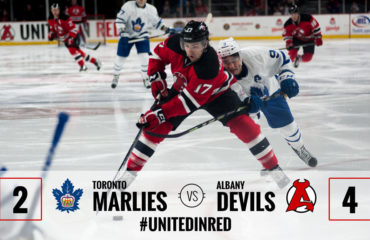 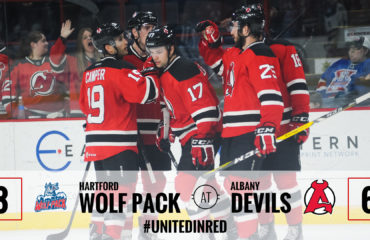 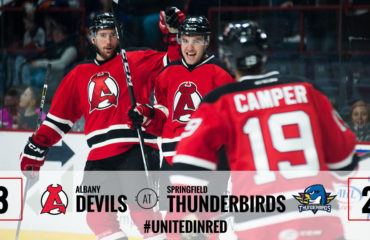