Notebook: Lappin gets going ahead of Toronto weekend 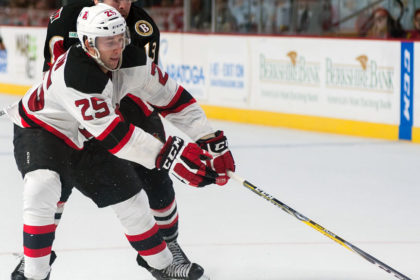 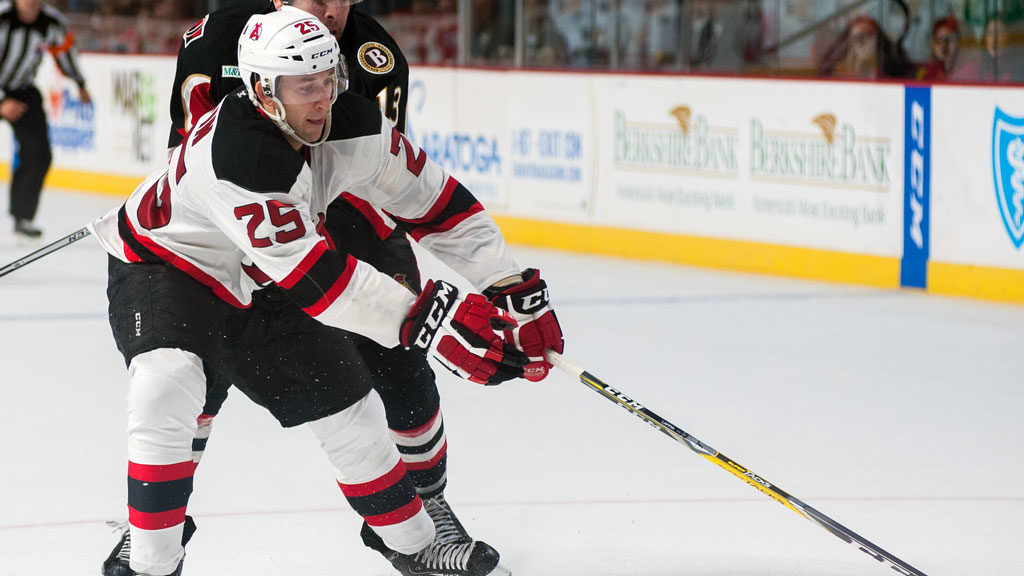 TROY, NY – Friday and Saturday’s games between the Albany Devils and Toronto Marlies may not be as intense as last season’s seven-game series, but regardless it is a can’t-miss two-game set at Times Union Center. The Marlies ended the Devils’ Calder Cup hopes during the final minutes of the final period of the final game of the North Division Final.

“That was by far the best hockey I’ve been a part of in my life,” said Devils’ forward Nick Lappin. “I think both teams were playing really well. It was hard. It was fast. It was competitive. It was the best hockey I’ve been part of. I really don’t know what else to say about it. It was a lot of fun. Unfortunately, we came out on the wrong end of things. Hopefully, we can get some wins this weekend.”

Despite the turnover both teams experienced this offseason, the Devils and Marlies are off to successful starts. Both teams sit atop the North Division with 5-1-0-0 records.

“It was a heck of a series,” said Head Coach Rick Kowalsky. “We had good battles against them all year. They are a very good team. They’ve done a good job as we have of replacing some of the guys that they’ve lost. They are still a highly skilled team. They are fast and very aggressive in all three zones.”

“If I’m not getting scoring chances and I’m not out there creating scoring chances that’s when I get worried about my game,” the 23-year-old said. “I felt like I was getting some of those chances and creating some offense. I just wasn’t able to capitalize. I knew if I stuck with it, I knew I would eventually get one. Hopefully, now that I got one I can keep them coming.”

One of the final forwards cut from this year’s New Jersey Devils Training Camp, Lappin signed his entry-level NHL contract back in March before joining Albany on an ATO.

The Devils are currently in a stretch of six games in nine days. They are coming off a three-in-three weekend and a midweek game heading into this weekend’s back-to-back set against Toronto.

“We have a steady schedule,” Kowalsky said. “We were just talking about as a staff: in the past, we’ve sort of just eased into it. It can be good and bad. We get right back at it here.”