Notebook: The wait is finally over 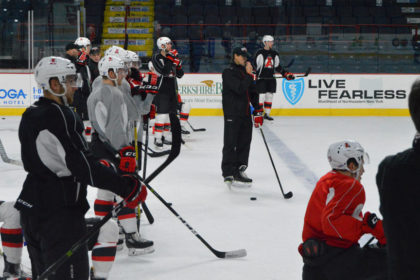 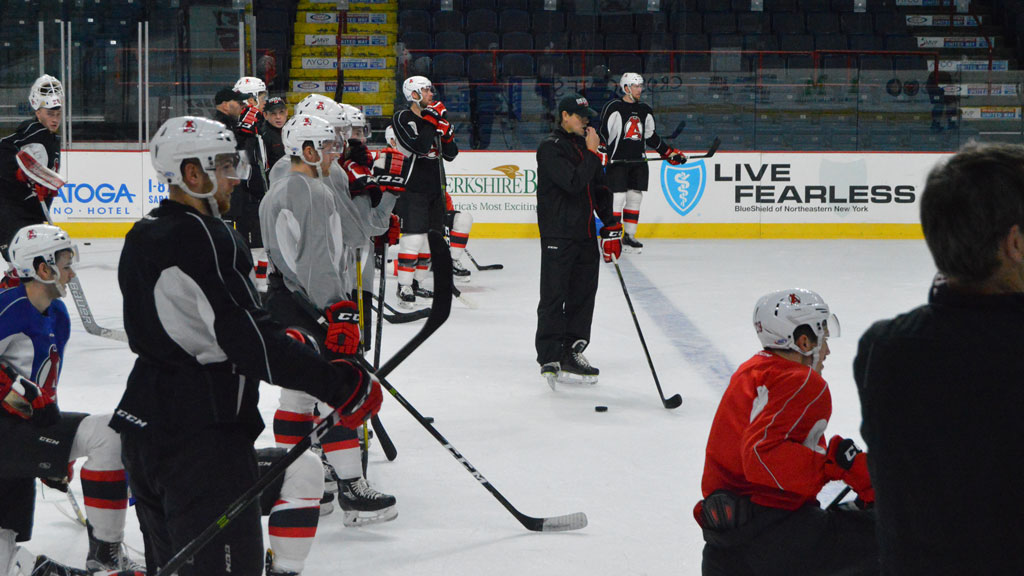 ALBANY, NY – The Albany Devils are currently experiencing one of the longest stretches between games this season, having played last Saturday at Hershey. The team returns to the ice against the Bears Friday at Times Union Center.

By the time the puck drops at 7 pm, six days will have passed since the first contest of the home-and-home series. The Bears took last week’s game, 4-0.

“They are a skilled team and I thought we didn’t manage the puck well against them,” said Head Coach Rick Kowalsky. “I expect them to be better because they are rested now. They were coming off getting in late on a road trip. For us right now it’s more about our game. We do have to put more pressure and take away time and space and make their life a little bit harder in their building.”

The Devils host their first ever “Social Media Night” during Friday’s game. Fans will participate in an interactive experience during the game with opportunities to win prizes, have photos displayed on the HD video board, choose the music and much more.

Scott Wedgewood is one of the more active social media users on the team and he reflected on his approach to the digital medium.

“I’m on Instagram, Twitter, Facebook, all of those channels,” Wedgewood said. “To me it’s just an easier way to connect with the outside world. You get to update not just your hockey life, but let people know you are a person outside of the sport and what we enjoy.”

The Devils are – for the most part – healthy. Only Carter Camper remains on the shelf with an upper body injury suffered on Oct. 21. He has missed the last seven games and will miss Friday’s contest against his former team. Kowalsky is classifying him as out “indefinitely.”