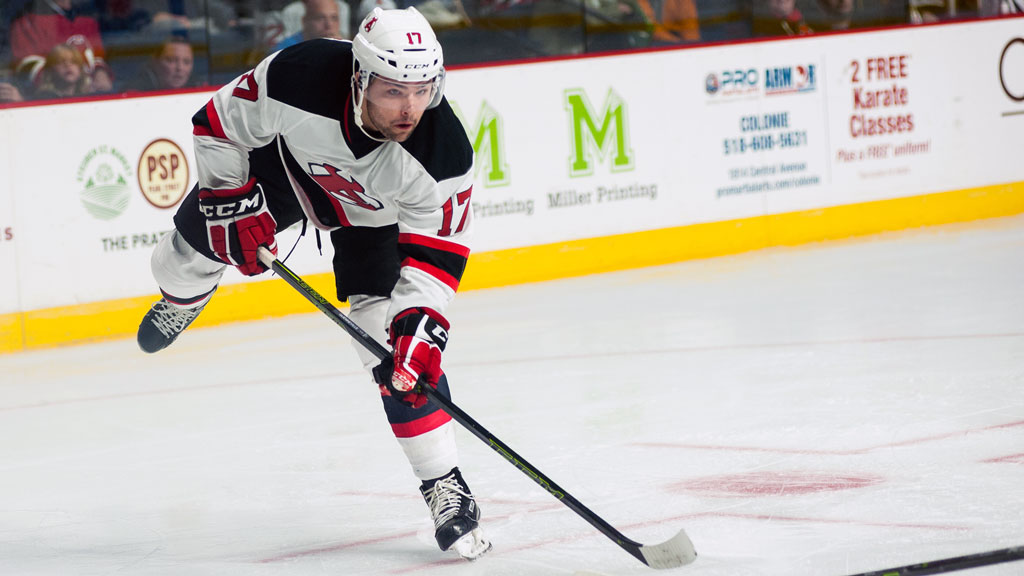 TROY, NY — The Albany Devils are trying to shake off Wednesday’s road loss against the Bridgeport Sound Tigers. The Devils had jumped out to a 2-0 lead just three minutes into the game, but some bad luck left the team with a 4-2 setback.

“There were some tough bounces, but I thought we didn’t manage the puck consistently enough and we didn’t support each other,” said Head Coach Rick Kowalsky. “We talked about that today. We had a good start and we let them off the hook. We have to get that killer instinct.”

After starting the season on a five-game winning streak, the Devils are trying to reset after losing three of their last four. Albany heads to Hershey Saturday for a 7 pm contest.

The Devils penalty kill is thriving. The team ranks tied for fourth in the AHL at 90.0 percent, killing 36 of 40 man-down situations. The team is 4-1-0-0 when holding opponents scoreless on the power play.

On the flip side, the Devils are hoping to get the power play going. Last year, the team finished eighth in the league at 18.3 percent. So far this season, Albany is 25th at 11.9 percent.

However, the team might not be that far off.

“Our power play has definitely had some good looks,” Kowalsky said. “John Quenneville hit two posts yesterday. Maybe those go in and we aren’t talking about this as much. Overall, special teams are huge and as we know from the past they can win or lose you a game. Yesterday our PK gave us a chance and the PP didn’t get it done.”

The Steven Santini watch continued during Thursday’s practice at Knickerbacker Ice Arena. The rookie defenseman has missed the last three games with an upper-body injury. He did not practice Tuesday and did not travel with the team to Bridgeport.

He is an option for Saturday’s game.

“This past week I’ve made big strides,” Santini said. “I had a full practice today and felt great. Hopefully, come Saturday I feel good and I’m ready to go.”