River Rats Jerseys Are Coming Back! 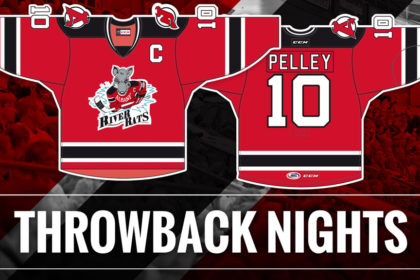 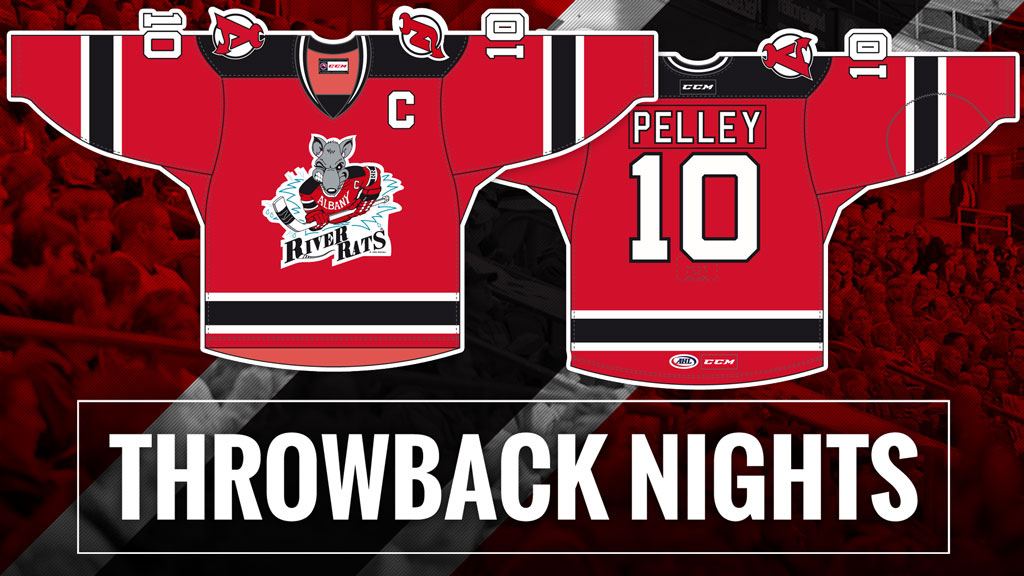 The Albany Devils will pay tribute to the hockey heritage of the Capital Region with two “Throwback Nights” during the 2016-17 season. The Devils will wear special Albany River Rats jerseys on Saturday, November 26 and Saturday, March 25.

The uniforms feature the iconic River Rats emblem on the chest with the Albany Devils and New Jersey Devils logos on the shoulders. The “Throwback Nights” will also include a 1990’s theme integrated into the game presentation. The New Jersey Devils were the AHL affiliate of the Albany River Rats during most of the ‘90s, winning a Calder Cup Championship during the 1994-95 season.

After the March 25 contest, the jerseys will be autographed and auctioned through the team’s online auction portal at thealbanydevils.com/shop. Additionally, the first 1,500 fans to arrive at the turnstiles during the March outing will receive a Devils/River Rats’ water bottle sponsored by the Times Union.

Starting with Thursday’s “Throwback Night” announcement, the Devils will reopen the single-game presale option for all 38 games at Times Union Center. The presale, which can save fans up to 20 percent off box office prices, will remain open until Thursday, Oct. 6 at noon. Fans can take advantage of the offer at thealbanydevils.com/presale or by calling 518-4-DEVILS.