ALBANY, NY — Talk about going from rags to riches. Petr Straka went from being a healthy scratch for Lehigh Valley to being a top-six forward for the Albany Devils. New Jersey acquired the 24-year-old on Saturday from Philadelphia for a conditional seventh round selection in either the 2017 or 2018 NHL Draft.

What’s surprising is that the Devils and Phantoms are separated from just one point in the Eastern Conference standings.

The Devils saw an opportunity and they jumped.

“It was just an opportunity for a kid who probably needs to catch a break,” Albany Devils General Manager Tom Fitzgerald told the Times Union. “He’s got some skill. It’s just new scenery. I felt like, you know what, any time you can add skill, that’s a good thing.”

Straka joined the Devils for their practice Monday at the Knickerbacker Ice Arena. He was paired with Blake Pietila and John Quenneville, who rank first and third on the team with 11 and eight points, respectively.

The left-shooting right winger had a career-high 37 points, including 19 goals and 18 assists in 64 AHL games a season ago.

“I’m excited it’s been a while,” Straka said. “I understand the complicated situation we had in Lehigh Valley and I was told there were too many guys ahead of me. So I took it as a chance to start looking for something else. I feel very happy and lucky that it worked out and I could stay in the American League. I’m excited just to get things going.” 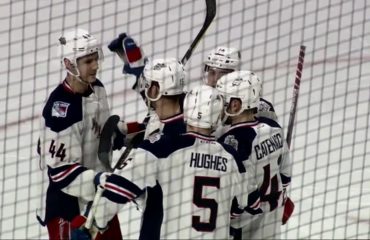 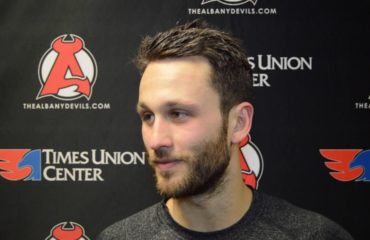